David Fraser, otherwise known as OZ, is an English born artist who has lived in the USA since 1994. Educated in the UK at Exeter and Oxford Universities, he enjoyed careers in business and the church until his retirement in 2011. Since then, he met and married his wife, Sara. They now live in Pearland, Texas, and visit Europe where they have their second home.

With Sara’s encouragement, David began to turn a life-long casual interest in photography into a serious occupation. In 2014, the two of them attended an art show in Houston where they saw examples of Little Planet Photography. David was fascinated by this method of showing one’s entire surroundings in a single image, often presented as a sphere or planet floating in an endless sky. Since then, he has further developed the technique in innovative ways, particularly applying them to the photography of iconic landmarks and churches in Spain, the USA, and his native England.

Sara has been an artist since childhood. Born and raised in Illinois, she attended The Art Institute of Chicago and Illinois State University where she gained her Master’s Degree in Art Education. Much of her career was as an art teacher in the US and in Spain. She also enjoyed much success as an exhibiting artist on both sides of the Atlantic. She currently focuses on ABSTRACTIONS based on landscapes and elements of nature as well as PORTRAITS, using a variety of media. Please click here to go to Sara’s website: www.saraportraits.com

David’s website is www.SceneByOz.com. His work can also be seen at www.Facebook.comSceneByOz. 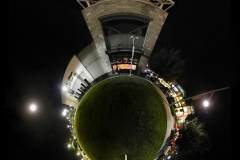 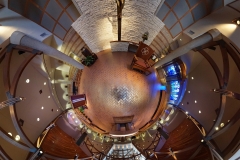 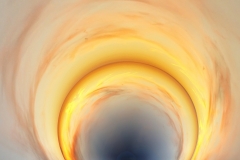